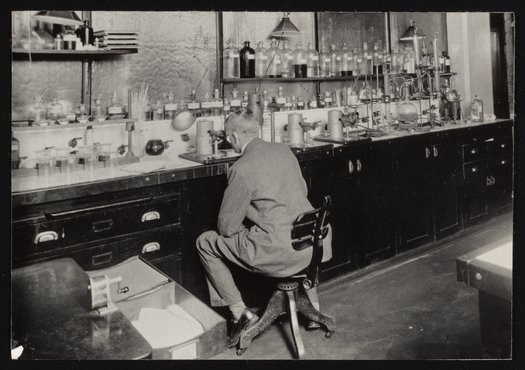 General view of an employee in the Bureau of Chemistry's Water and Beverage Laboratory conducting an analysis on an unidentified substance. Assorted sample jars and scientific apparatus are visible in the photograph. Part of the U.S. Department of Agriculture, the Water and Beverage Laboratory conducted research into the supply, improvement, and use of potable waters and worked to prevent the fraudulent sale of waters alleged to possess certain properties.