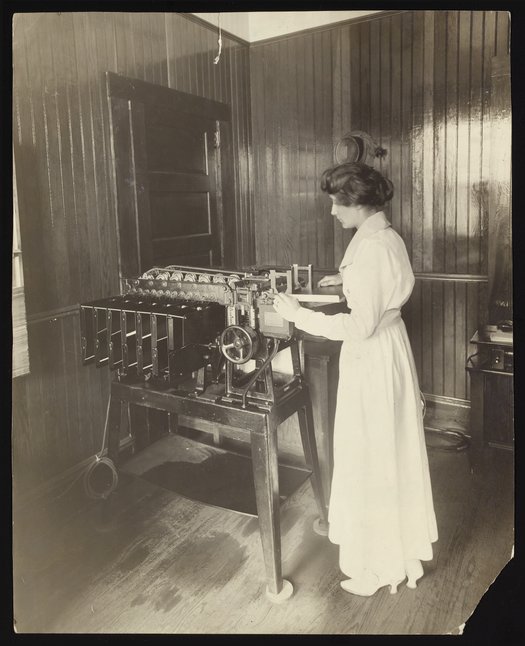 General view of an unidentified employee operating a machine used to sort time cards at the Hercules Powder Company plant in Kenvil, New Jersey. Per an article in the August 1919 edition of the Hercules Mixer, time cards were used to record the amount of time spent on various plant operations in order to quantify and analyze the efficiency and administration of Hercules' manufacturing processes.

Formed in 1912 as part of an anti-trust settlement with DuPont, the Hercules Powder Company (later Hercules Inc.) specialized in the manufacture of explosives and smokeless powders.