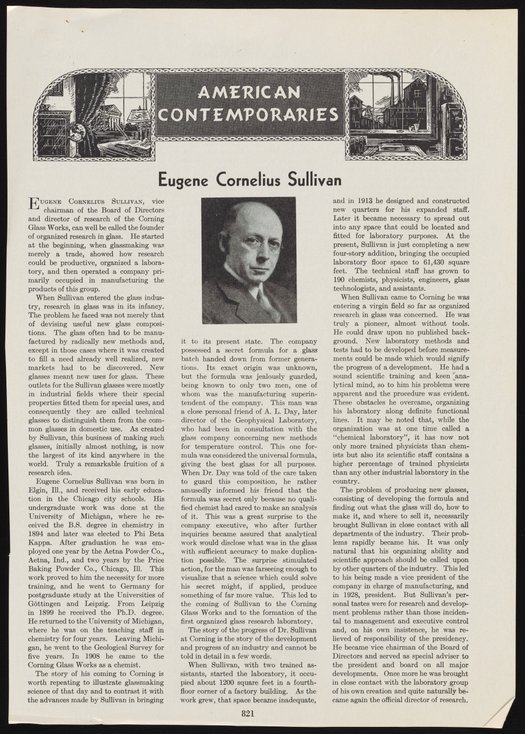 Two-page article from the "News Edition" of the magazine of the American Chemical Society profiling Dr. Eugene Cornelius Sullivan (1872-1962).

When Sullivan entered the glass industry, glass was a relatively new field of research. At the time, train crashes were common, as extreme temperature changes throughout the year put stress on the glass globes enclosing railroad signals, often causing them to shatter. To address this problem, Sullivan developed a new borosilicate formula, which was applied to the creation of heat-shock-resistant, shatterproof globes. Additionally, Dr. Sullivan is best known for his development of low-expansion glasses of great durability, which would later become the Pyrex brand used for chemical glassware and cooking utensils.

For his accomplishments, Eugene C. Sullivan was awarded the Howard N. Potts Medal of the Franklin Institute in 1928, the Perkin Medal in 1929, an honorary Doctorate of Science from the University of Michigan in 1933, and an industrial pioneer award in 1939. He was an active member of the Directors of Industrial Research and the School Board in Corning. Eugene C. Sullivan died on May 12, 1962. 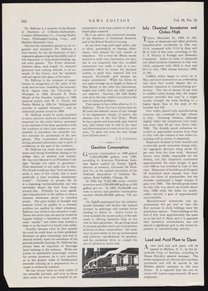