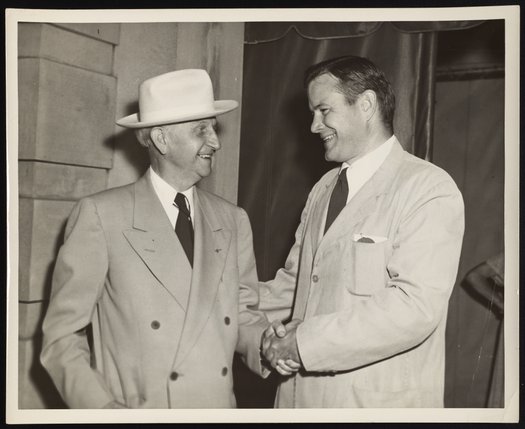 Charles C. Price was born on July 13, 1913 in Passaic, New Jersey, the first child of Thornton Walton Price, a mechanical engineer, and Helen Marot Farley. At age six, Price notably lost his right hand in an accident with a box of exploding dynamite caps. In 1934, Price graduated from Swarthmore College with a B.A. in chemistry and subsequently earned both a Masters (1935) and Ph.D. from Harvard University (1936), where he studied under organic chemist Louis Fieser (1899-1977). In addition to serving as President of the American Chemical Society (1965), Price was also an active Quaker and an advocate for nuclear disarmament, serving on committees including the Commission to Study the Organization of Peace, the Council for a Livable World, and the Committee on a Sane Nuclear Policy (SANE). Charles C. Price died at his home in Haverford, Pennsylvania on February 11, 2001.