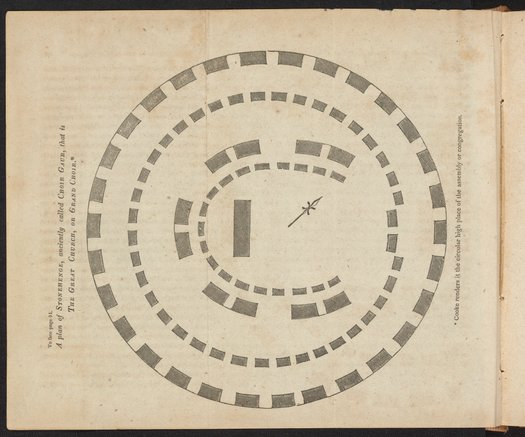 This plan is meant to convey a "perfect idea" of the original arrangement of Stonehenge as it once was, rather than in a familiar state of ruin. The horizontal stones are not represented, but Silliman asks the reader to supply them with their imagination. More information can be found on page 91.

Silliman, Benjamin. “A Plan of Stonehenge.” In A Journal of Travels in England, Holland and Scotland, and of Two Passages Over the Atlantic, in the Years 1805 and 1806, Vol. 2. New York, New York: Ezra Sargeant, 1812. https://digital.sciencehistory.org/works/ok51uvs.

A plan of Stonehenge