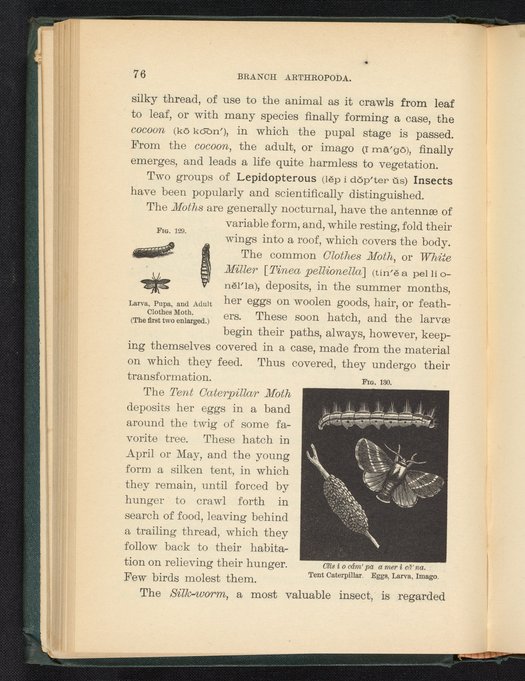 Figures 129 and 130 of the 1887 volume Popular Zoology. Figure 129 depicts a clothes moth as larva, pupa, and adult. Figure 130 depicts a tent caterpillar as eggs, larva, and the imago stage of metamorphosis.