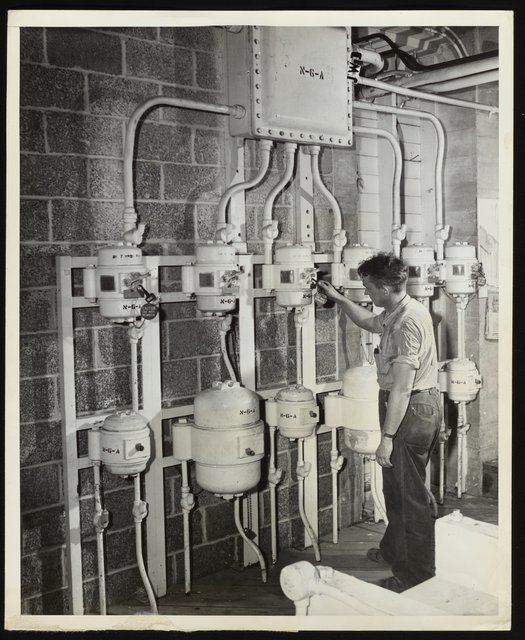 General view of an unidentified employee inspecting control switches at the Hercules Powder Company plant in Hopewell, Virginia. Per notations accompanying the photograph, the control switches were explosion-proof, one of the safety features employed for plant operations in which inflammable solvents were used.