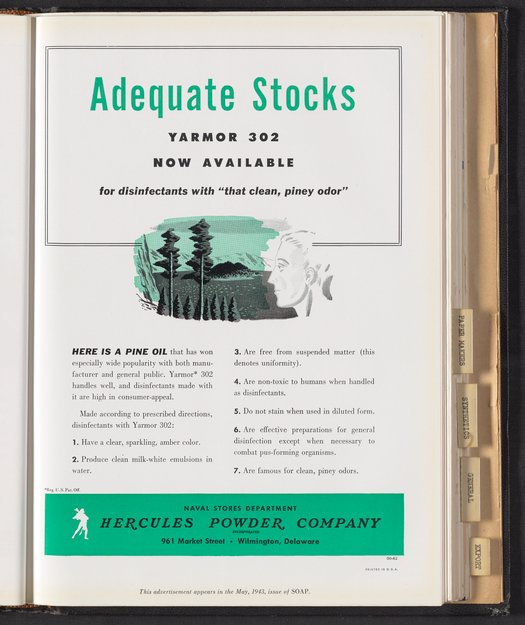 This advertisement appeared in the May 1943 issue of Soap.

Adequate Stocks [of] Yarmor 302 Now Available for Disinfectants with "That Clean, Piney Odor"