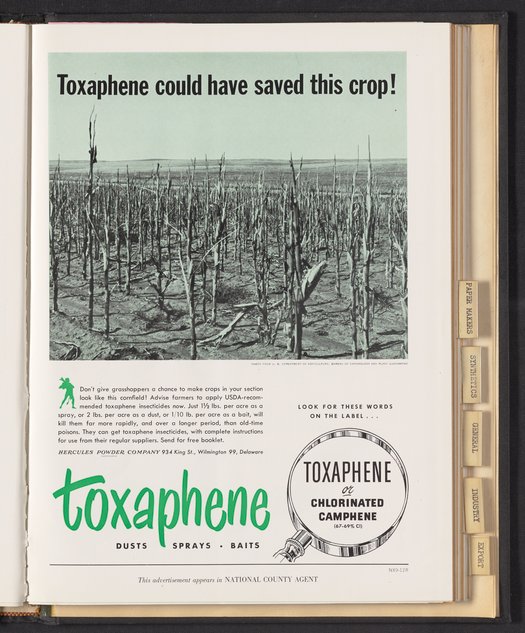 Advertisement for Toxaphene, a toxicant manufactured and sold by the Hercules Powder Company for use in pesticides and insecticides. This advertisement appeared in National County Agent.

Toxaphene Could Have Saved This Crop!