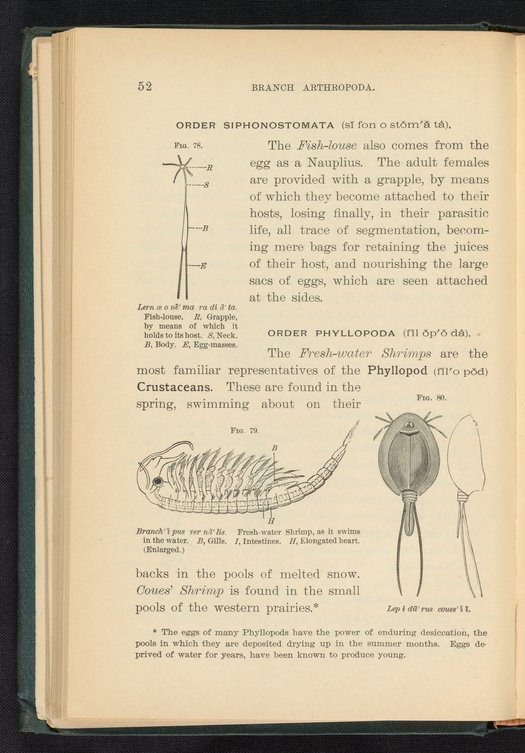 Figures 78, 79, and 80 of the 1887 volume Popular Zoology. Figure 78 depicts a fish-louse, with view of the grapple, neck, and egg masses. Figure 79 depicts a fresh-water shrimp, as it swims in the water. Figure 80 depicts a Lepidurus couesii, a species of small crustacean in the order Notostraca (tadpole shrimp).