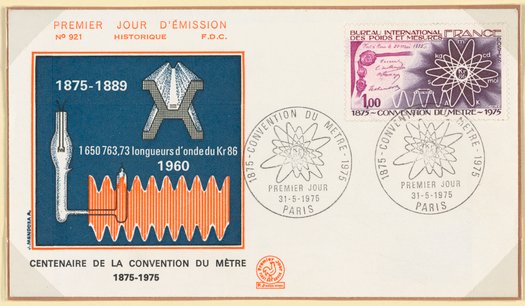 Cachet depicts the wavelength of krypton-86, which was formerly used to define the meter from 1960 until 1983. A meter was defined during this time as the wavelength of the 605 nm (orange) spectral line of a krypton-86 atom. The stamp depicts the international treaty signed by France and 16 other countries in 1875, to coordinate use of the metric system, and krypton-86 is depicted in the postmarks.