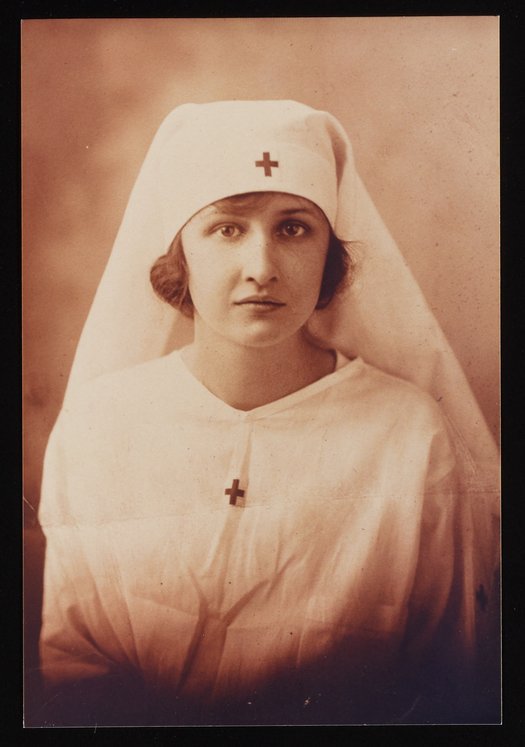 Photographs of images from an album containing pictures of chemist Arnold O. Beckman and his wife, and Mabel Meinzer Beckman, taken during their courtship and the early years of their marriage. Images include Arnold O. Beckman in uniform during his service in the United States Marines in World War I, and Mabel in her nurse's uniform from her time volunteering with the Red Cross. The photographs also feature some of their friends and family.

Please note that these images are digitized photographs taken of earlier photographs in a photo album, so any quality issues (light reflection, blurriness) are accurate representations of the 21st century photographs of the album's contents, not the 1910's-1930's originals. 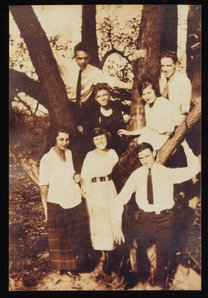 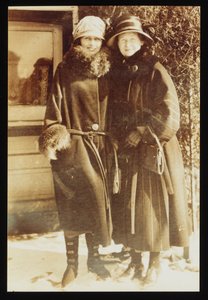 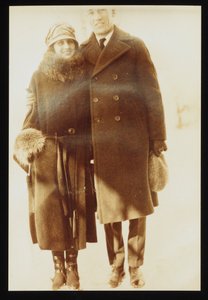 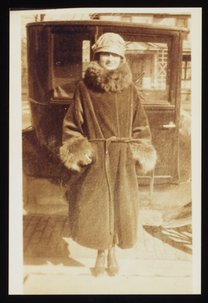 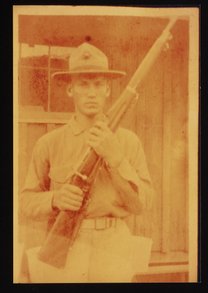 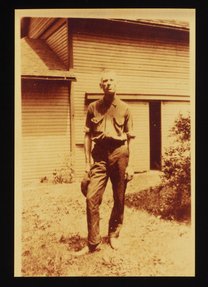 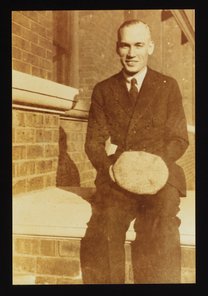 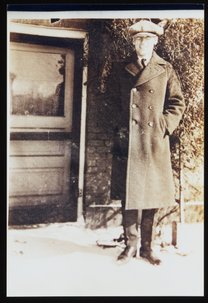 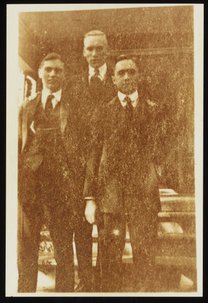 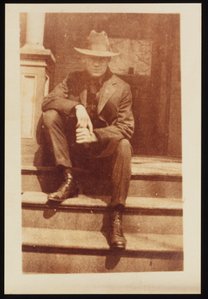 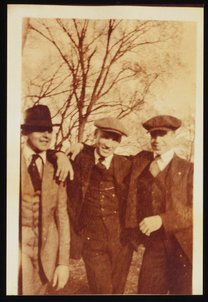 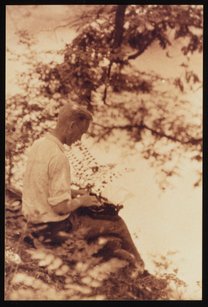 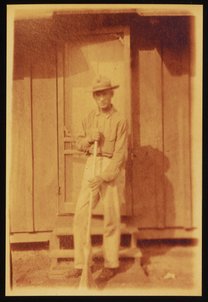 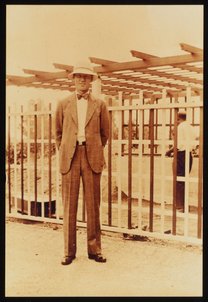 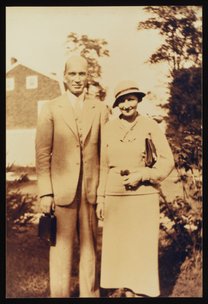 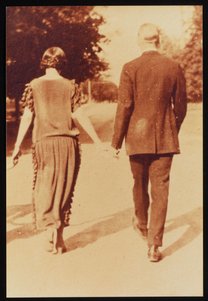 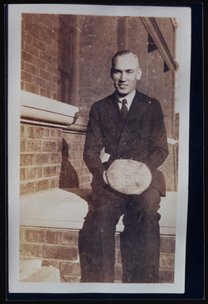 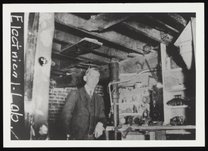