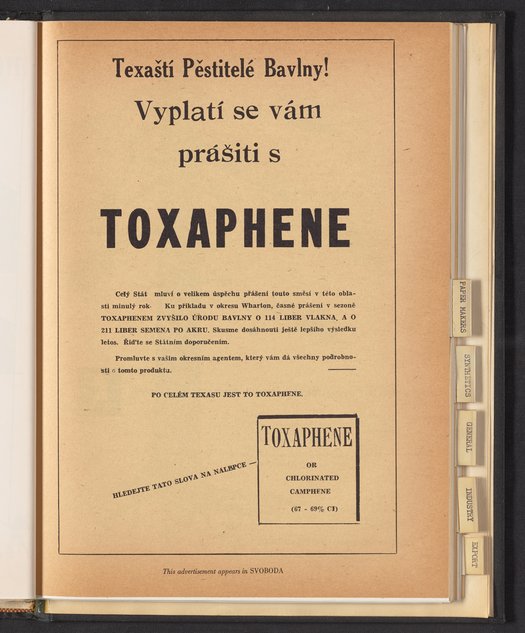 Advertisement for Toxaphene, a toxicant manufactured and sold by the Hercules Powder Company for use in pesticides and insecticides. The advertisement is written in Czech and appeared in the Bulgarian journal Svoboda, which translates to "Freedom."