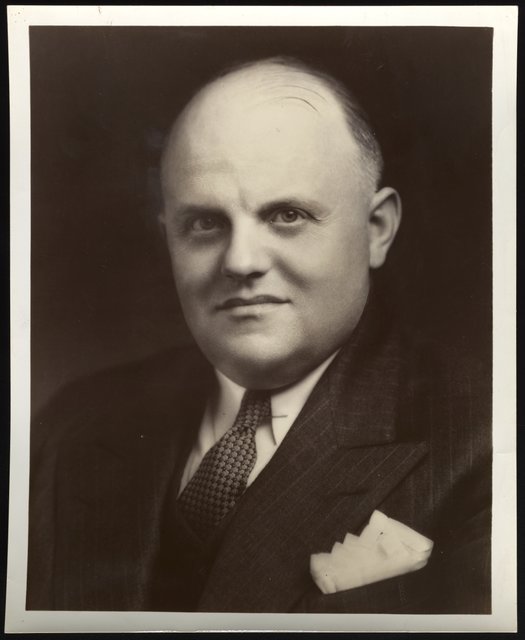 Portrait of Sidney Dale Kirkpatrick (1894-1973). Kirkpatrick was born in Urbana, Illinois and received his B.S. from the University of Illinois in 1916. Following graduation, he served as a chemical adviser to the Illinois State Water Survey (1916-17); to the U.S. Tariff Commission (1917-1921); and as a Public Relations Advisor for the Ethyl Gasoline Corp. (1925). In 1928, Kirkpatrick became editor-in-chief of Chemical and Metallurgical Engineering, a McGraw-Hill publication, as well a consulting editor and director of the company's chemical engineering series.