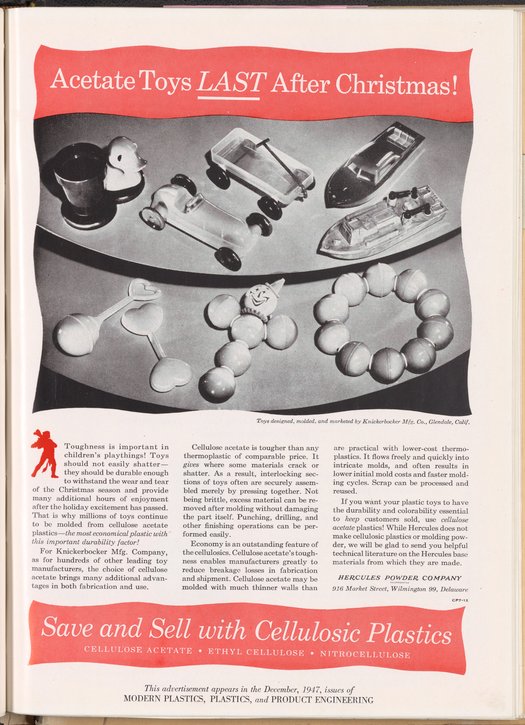 Color print advertisement for Cellulose Acetate manufactured and sold by the Hercules Powder Company for use as a base in plastic molding compounds. This advertisement appeared in the December 1947 issues of Modern Plastics, Plastics, and Product Engineering.