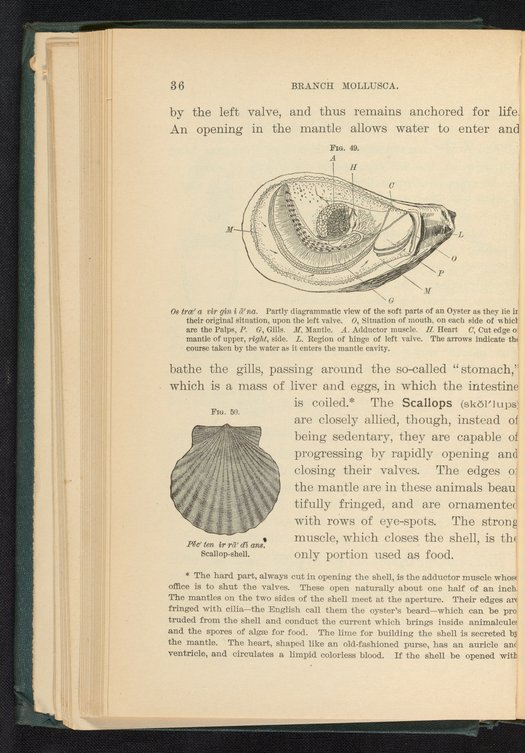 Figures 49 and 50 of the 1887 volume Popular Zoology. Figure 49 depicts a partly diagrammatic view of the soft parts of an oyster as they lie in their original situation, upon the left valve. Figure 50 depicts a scallop-shell.