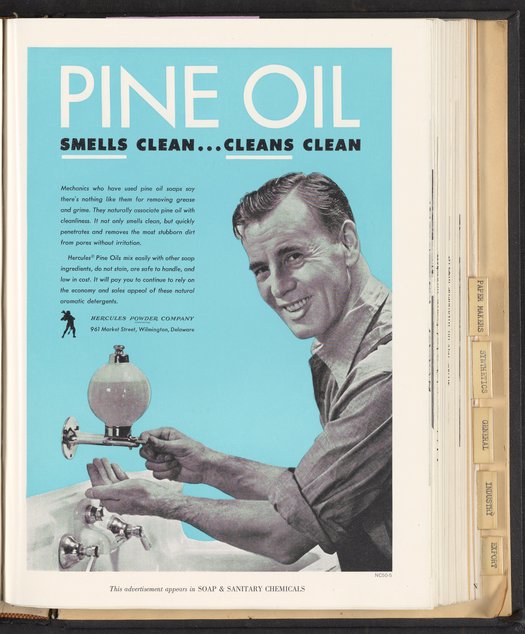 Print advertisement for pine oil manufactured by the Hercules Powder Company. The advertisement shows a man washing his hands at a sink. The accompanying text describes the benefits of pine oil for mechanics "removing grease and grime." This advertisement appeared in Soap & Sanitary Chemicals.