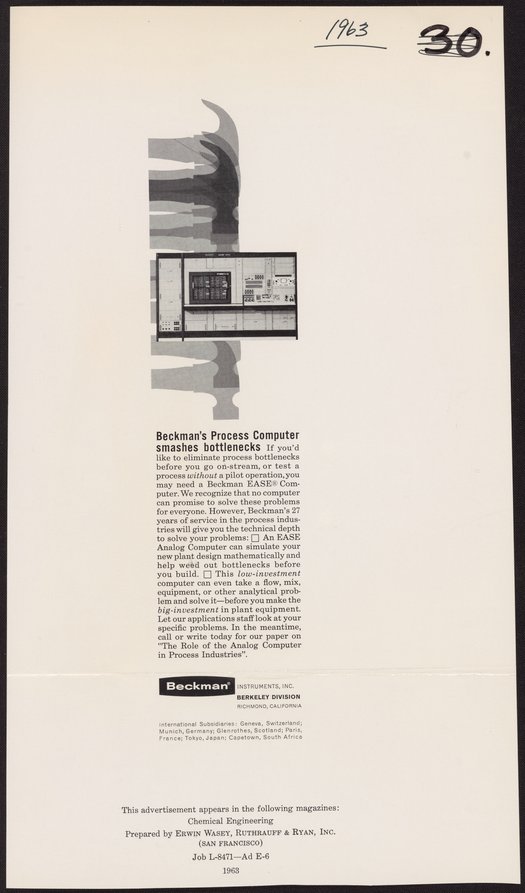 This advertisement for the EASE Computer touts its ability to eliminate process bottlenecks and to test processes without running a full, trial operation. The big draw, according to the ad content, is how Beckman Instruments can customize the EASE for a user's particular circumstances.