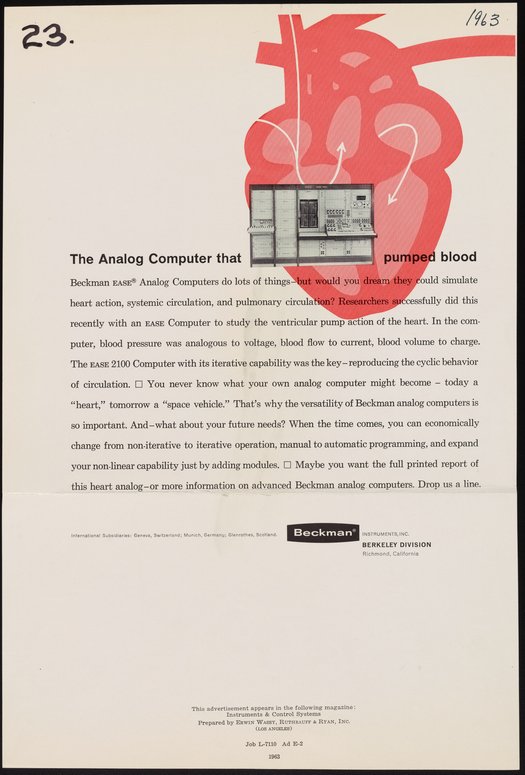 This advertisement for the EASE Analog Computer promotes a use case where the computer was able to simulate the circulatory system (not to actually control blood flow in a living subject).

The Analog Computer that pumped blood