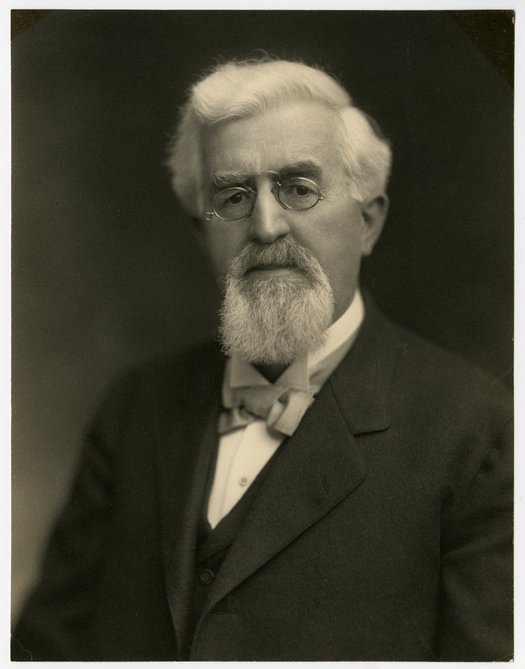 Portrait of Henry Heide (1846-1931), known in his time as the dean of American candy manufacturers. A native of Germany, Heide immigrated to the United States in 1866 and ran a retail grocery store in Pittsburgh before moving to New York City. Once settled in New York, Heide began manufacturing candy and eventually formed a partnership with Charles Wirtz. Together, Heide and Wirtz obtained a patent in 1875 for a "new and improved preserve composition for macaroons" and, in the 1890s, Heide obtained two patents for an apparatus used to heat and cool liquid sugar. Henry Heide Inc. operated out of various New York locations before re-locating to New Brunswick, New Jersey in 1961. Henry Heide also organized and later served as head of the National Confectioners' Association.