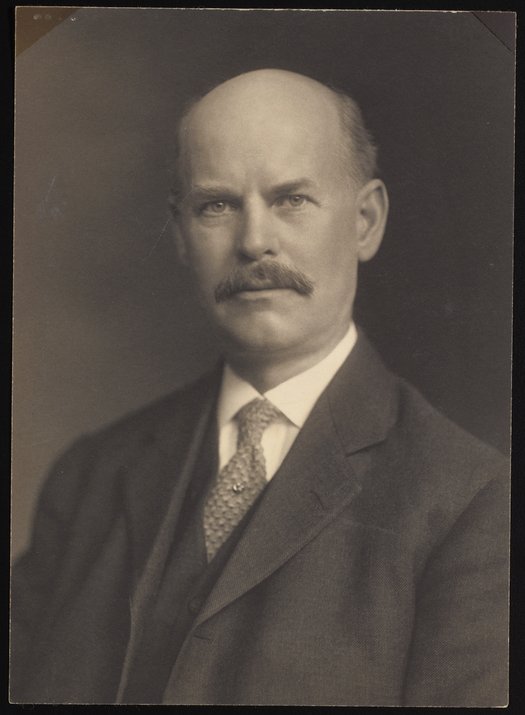 Portrait of American chemist Edward Goodrich Acheson (1856-1931), inventor of the Acheson process to synthesize graphite and silicon carbide and later a manufacturer of carborundum and graphite.

Edward Goodrich Acheson was raised near the coal fields of southwestern Pennsylvania and worked as a surveying assistant for the Pittsburgh Southern Railroad before beginning work at Thomas Edison's Menlo Park laboratory in September 1880. Working at Menlo Park under Swiss machinist John Kruesi (1843-1899), Acheson experimented with making a conducting carbon designed for use in Edison's electric light bulbs. In 1884, Acheson left Menlo Park and began developing methods to produce artificial diamond in an electric furnace, work that led to the invention of carborundum (silicon carbide). Over the course of his career, Acheson received 70 patents relating to abrasives, graphite products, reduction of oxides, and refractories and was awarded the first Acheson Award, named in his honour, by the Electrochemical Society in 1931. Edward Goodrich Acheson died on July 6, 1931 in New York City.