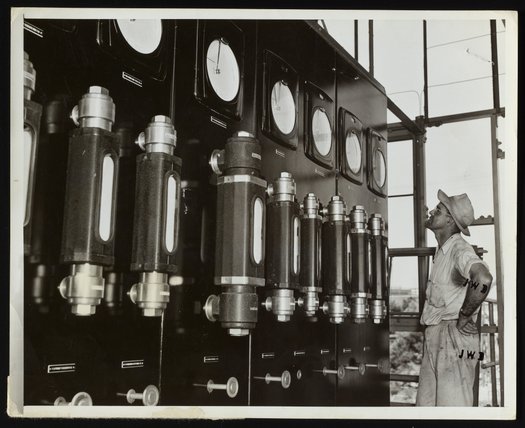 General view of an unidentified employee inspecting the control board for a Solvent Recovery system at the Hercules Powder Company plant in Hopewell, Virginia. Per notations accompanying the photograph, the system was used to separate ethyl chloride, ether, and alcohol, likely during the production of so-called "chemical cotton," a type of purified cellulose obtained from raw cotton linters.