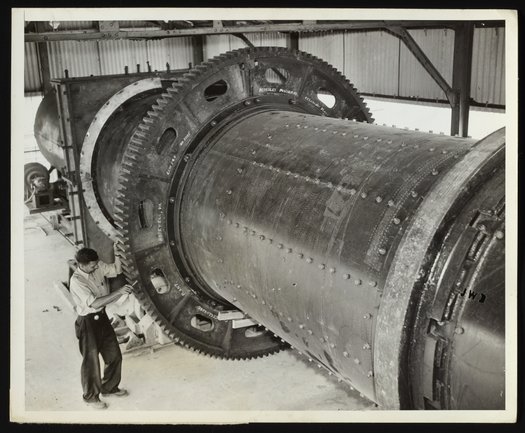 General view of an unidentified employee inspecting the Hydrochloride Rotary System at the Hercules Powder Company plant in Hopewell, Virginia. The system was likely used during the production of so-called "chemical cotton," a type of purified cellulose obtained from raw cotton linters. Per notations accompanying the photograph, the open building construction visible in the photograph was designed for ventilation.