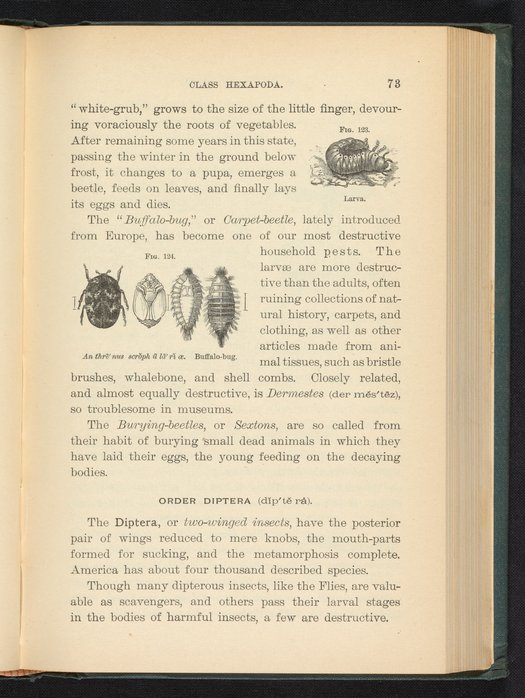 Figures 123 and 124 of the 1887 volume Popular Zoology. Figure 123 depicts the larval stage of a may-beetle or june-bug. Figure 124 depicts assorted views of a buffalo-bug.