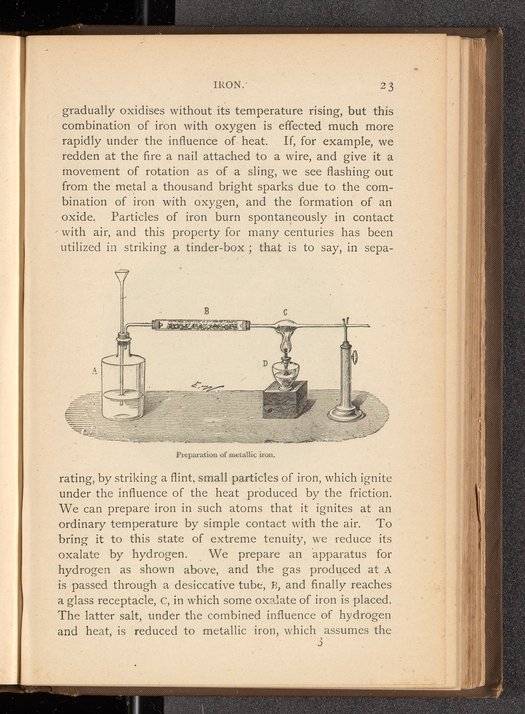 Illustration showing an apparatus used to generate an environment in which iron is able to ignite with oxygen at room temperature. The illustration is labeled to indicate a source of hydrogenated gas, a desiccative tube, and a glass receptacle in which iron oxalate is placed. Inside the apparatus, the iron will be preserved indefinitely, but will ignite immediately upon exposure to the atmosphere. The illustration accompanies text describing common metals.

“Preparation of Metallic Iron.” Wonders of Electricity and the Elements, Being a Popular Account of Modern Electrical and Magnetic Discoveries, Magnetism and Electric Machines, the Electric Telegraph and the Electric Light, and the Metal Bases, Salt, and Acids. London, England: Lock Ward, 1870–1900. https://digital.sciencehistory.org/works/w57qalf.