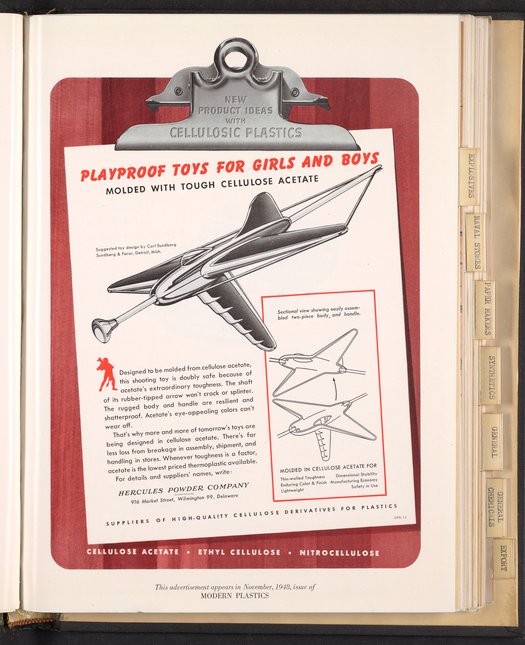 Color print advertisement for Celluose Acetate manufactured and sold by the Hercules Powder Company for use as a base in plastic molding compounds. The advertisement features an illustration of a clipboard holding a "suggested toy design" of a toy crossbow shaped like an airplane. The accompanying text describes the "extraordinary toughness" of acetate. This advertisement appeared in the November 1948 edition of Modern Plastics.