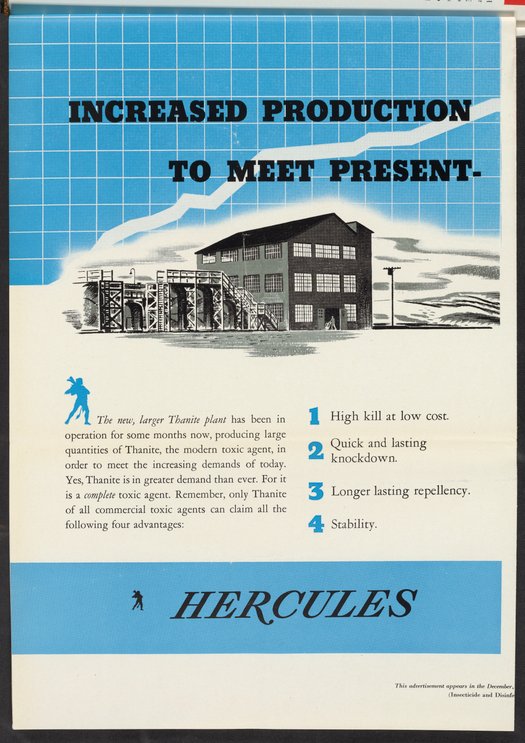 Double-sided advertisement for Thanite, an insecticide manufactured and sold by the Hercules Powder Company. The advertisement, which appeared in the December 1994 issues of Soap and Sanitary Chemicals, features an artistic rendering of Hercules' newly-constructed Biological Laboratories used to research and test Thanite. 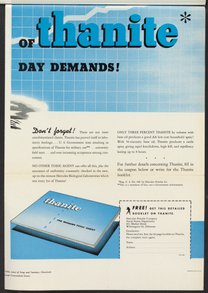