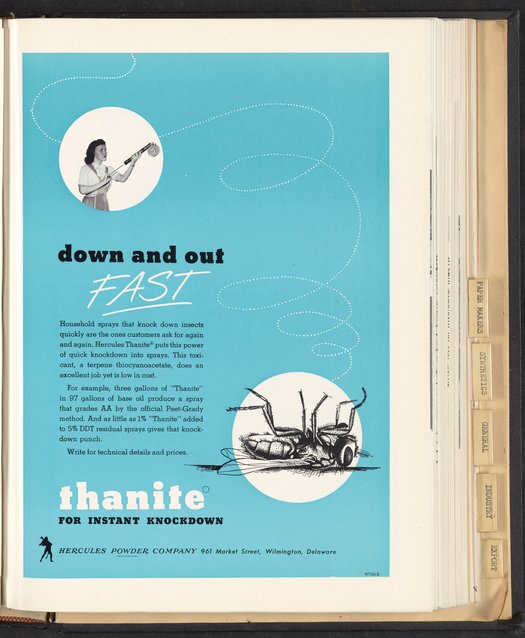 Advertisement for Thanite, a toxicant manufactured and sold by the Hercules Powder Company for use in pesticides and insecticides. The advertisement shows a small figure of a woman operating an insecticide sprayer, as well as a large illustration of a dead housefly. The accompanying text describes the effectiveness and low cost of Thanite.

Down and Out Fast