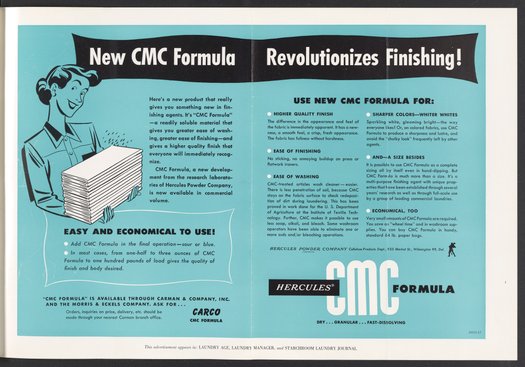 Color print advertisement for CMC Formula, a cellulose product manufactured and sold by Hercules Powder Company as a laundry finishing agent. The advertisement shows an illustration of a smiling woman holding a stack of laundry. The accompanying text details the use of Hercules CMC Formula as a finishing agent for commercial laundries. This advertisement appeared in Laundry Age, Laundry Manager, and Starchroom Laundry Journal.