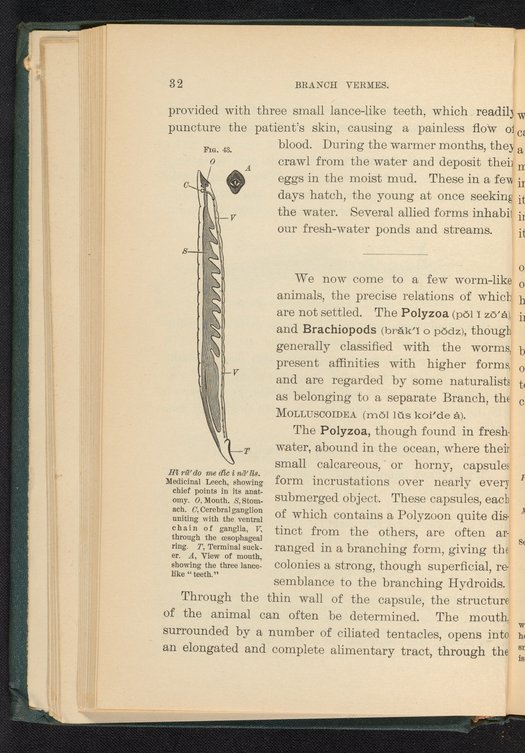 Figure 43 of the 1887 volume Popular Zoology depicting a medicinal leech, with view of chief points of anatomy including mouth, stomach, and terminal sucker.