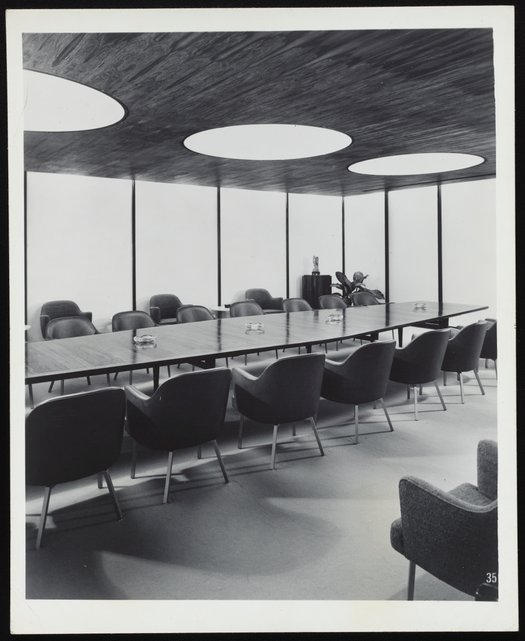 General view of the board room at Rohm and Haas home office building located on Independence Mall West in Philadelphia, Pennsylvania. Constructed in the 1960's, the building was designed by architectural firm George M. Ewing Company in consultation with Modernist architect Pietro Belluschi (1899-1994).

Board room at Rohm and Haas home office building