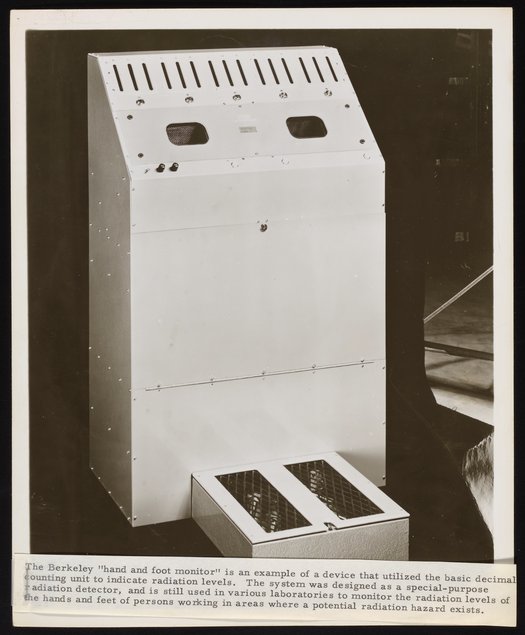 This device was used to measure the radiation levels of the hands and feet of men and women working in areas where radiation may exist.
Berkeley Scientific Company merged with Beckman Instruments, Inc. in 1955, and became the Berkeley Scientific Division. This division produced geigercounters and other radiation detecting instruments. This particular instrument was likely produced after the 1955 merger.