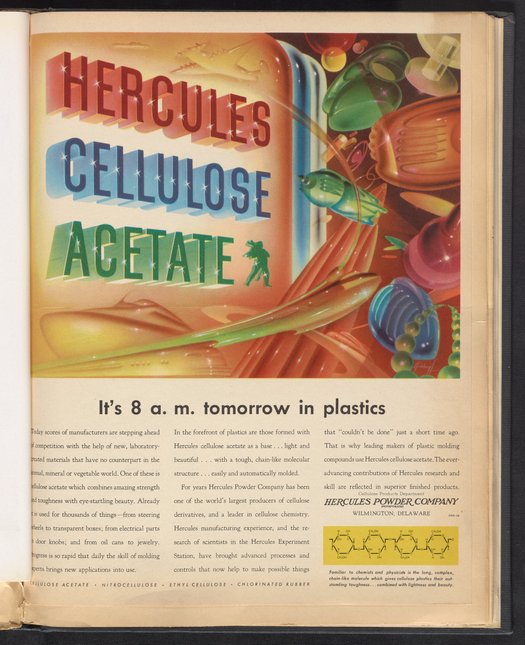 Advertisement for Celluose Acetate manufactured and sold by the Hercules Powder Company for use as a base in plastic molding compounds. The advertisement features artistic renderings of various plastics products in a futuristic style intended to underscore the scientific advancements that enabled the creation of these cutting-edge materials.