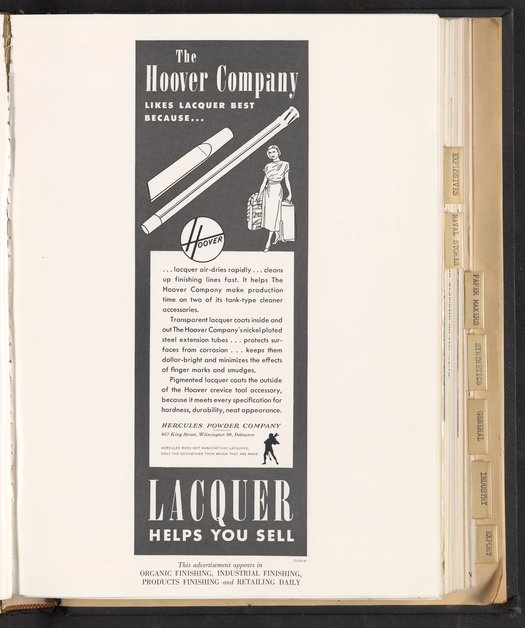 Print advertisement for lacquer used in the finishing of Hoover vacuum cleaner accessories. The advertisement shows an illustration of two vacuum cleaner attachments, as well as a small figure of a woman carrying a vacuum and accessories. The accompanying text describes the different uses of lacquer in Hoover vacuums. Smaller print notes that Hercules Powder Company does not manufacture lacquer, but does produce the derivatives from which it is made. This advertisement appeared in Organic Finishing, Industrial Finishing, Products Finishing and Retailing Daily.