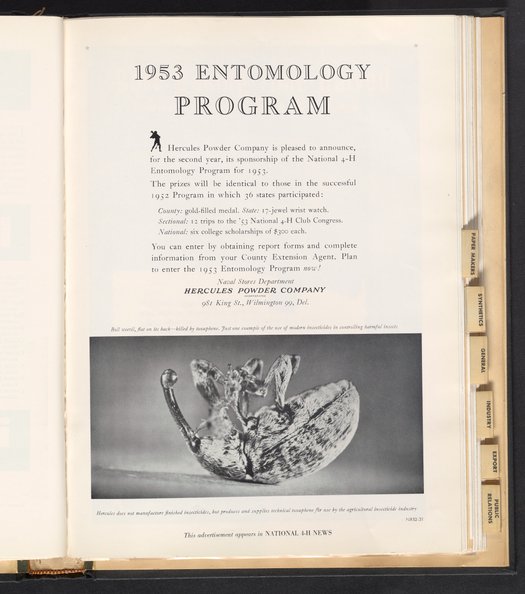 Advertisement for Hercules Powder Company's sponsorship of the National 4-H Entomology Program for 1953 with a photograph of a boll weevil killed by toxaphene.