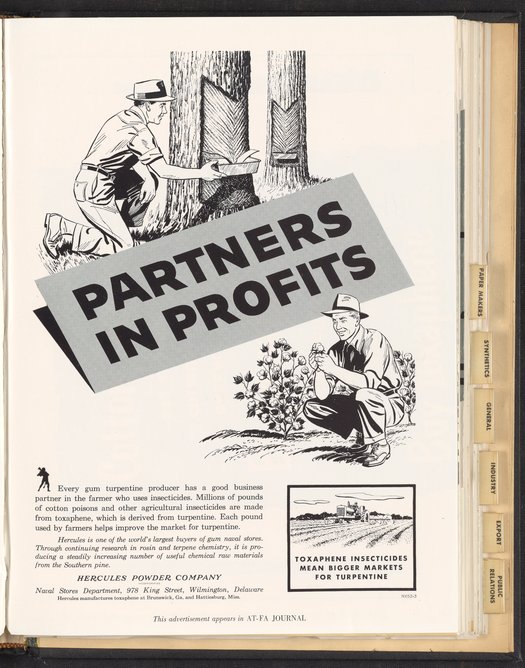 Print advertisement for Toxaphene insecticides manufactured and sold by Hercules Powder Company. The advertisement shows an illustration of two men, one harvesting resin from a tree for turpentine and another inspecting a cotton plant. The accompanying text states that "[e]very gum turpentine producer has a good business partner in the farmer who uses insectides" made of toxaphene, which is derived from turpentine gum. This advertisement appeared in AT-FA Journal.