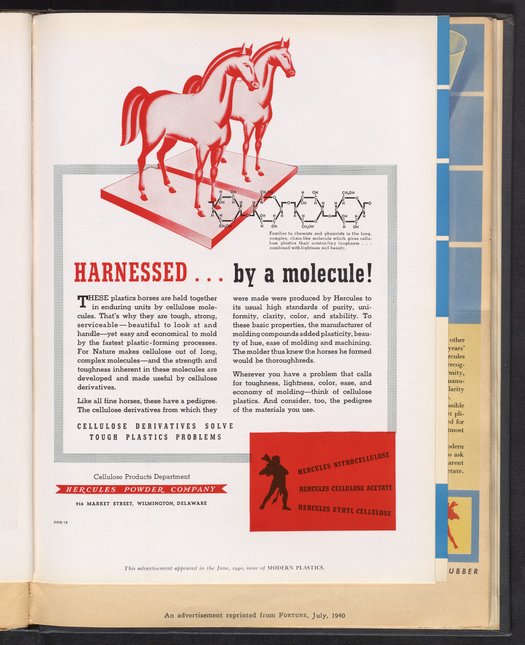 Advertisement for cellulose derivatives manufactured and sold by the Hercules Powder Company for use as a base in plastic molding compounds, including Nitrocellulose, Cellulose Acetate, and Ethyl Cellulose. The advertisement features an artistic rendering of a pair of plastic horse figurines representative of those manufactured from cellulose derivatives superimposed with a rendering of the long, complex chemical structure of cellulose. This advertisement was published in the June 1940 issue of Modern Plastics magazine.