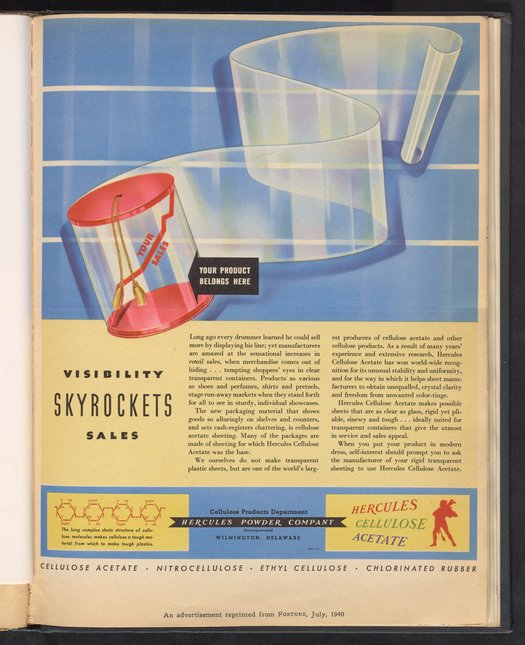 Advertisement for cellulose derivatives, including Nitrocellulose, Cellulose Acetate, and Ethyl Cellulose, manufactured and marketed by the Hercules Powder Company for use in plastic sheeting and packaging materials. This advertisement was published in the July 1940 issue of Fortune magazine.