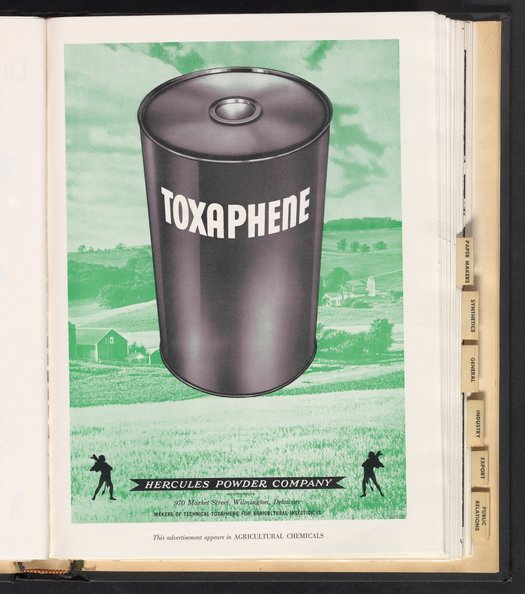 Advertisement for toxaphene depicts a canister of toxaphene superimposed over a photograph of a farm.