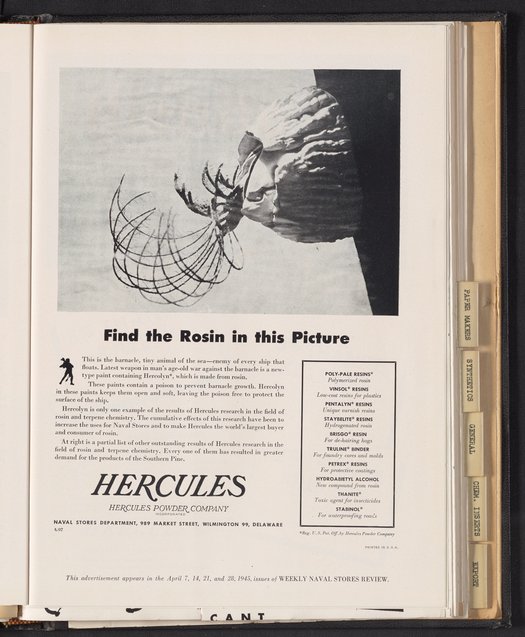 Advertisement for Hercolyn and other naval stores products manufactured and sold by the Hercules Powder Company for use in paints, coatings, and insecticides. The advertisement depicts a barnacle and details the use of Hercolyn in paints to prevent barnacle growth. This advertisement appeared in several August 1945 issues of Weekly Naval Stores Review.