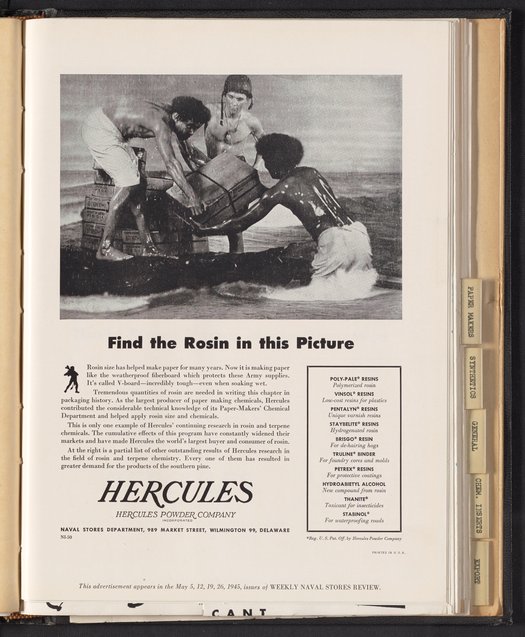 Advertisement for paper-makers' chemicals and other naval stores products manufactured and sold by the Hercules Powder Company. The advertisement depicts a group of men transporting Army supplies wrapped in weatherproof fiberboard and details the use of rosins to manufacture such materials. This advertisement appeared in several May 1945 issues of Weekly Naval Stores Review.