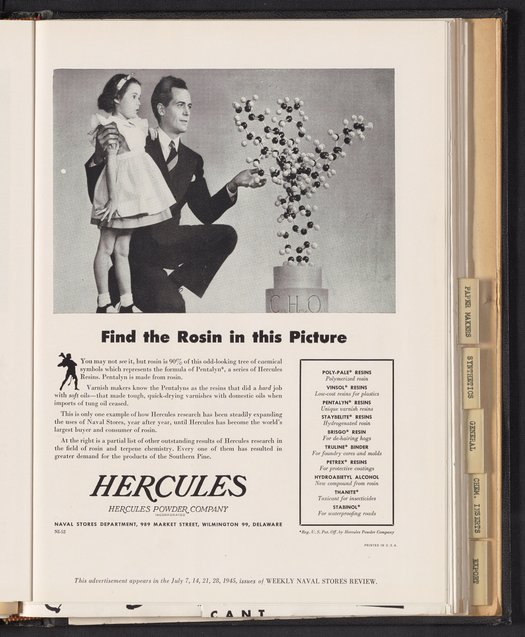 Advertisement for Pentalyn resins and other naval stores products manufactured and sold by the Hercules Powder Company for use in varnishes, paints, and insecticides. The advertisement depicts a man and a young girl examining a tree of chemical symbols representing the formula of Pentalyn. This advertisement appeared in several July 1945 issues of Weekly Naval Stores Review.