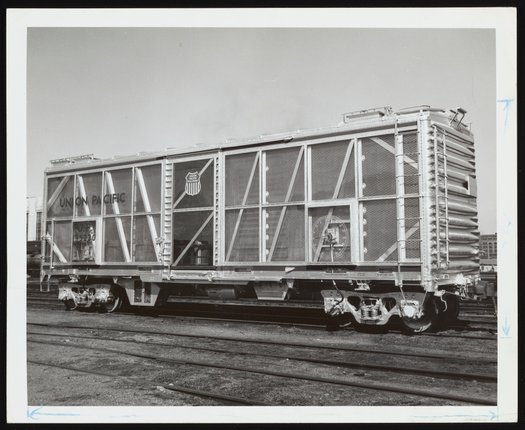 General view of a Union Pacific Railroad car featuring Plexiglas panels concealed under metal screens. Per notations accompanying the photograph, this box car was used to test and measure the movement of the panels and the potential impact on freight in order to reduce freight damage.