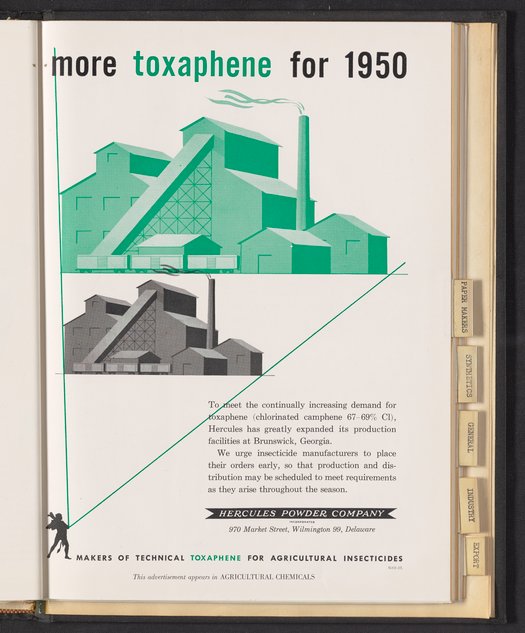 Advertisement for Toxaphene, a toxicant manufactured and sold by the Hercules Powder Company for use in pesticides and insecticides. The advertisement details Hercules' expanded production facilities in Brunswick, Georgia to meet increasing demand. This advertisement appeared in Agricultural Chemicals.