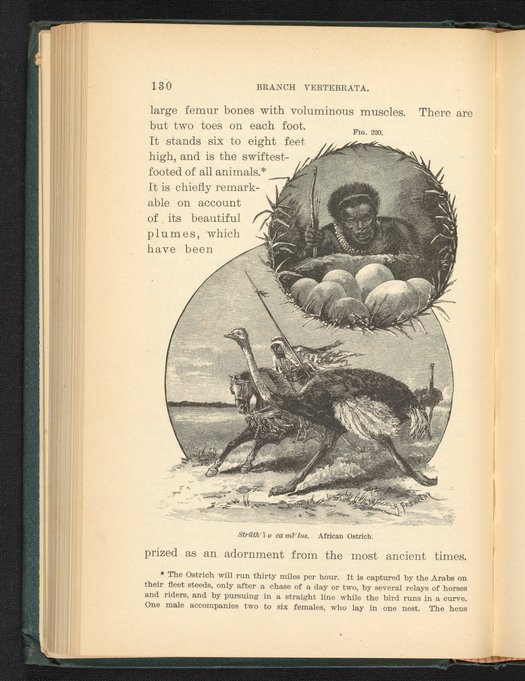 Figure 220 of the 1887 volume Popular Zoology depicting an African ostrich chased by a man on horseback. The man depicted is a racist stereotypical representation of an Arab. Additionally, figure 220 is accompanied by an inset illustration showing a racist depiction of an African man examining a nest of ostrich eggs.