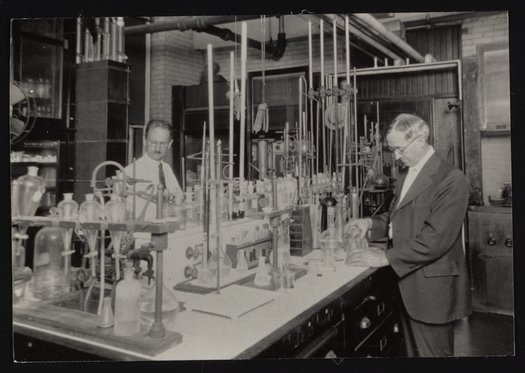 General view of two employees at work in an Agricultural Research Service Drug Laboratory, with view of assorted laboratory glassware and apparatus. Part of the U.S. Department of Agriculture, such laboratories commonly investigated the effects of the adulteration of food and drugs, determined purity standards, and researched methods for the improvement, control, and standardization of manufacturing methods.