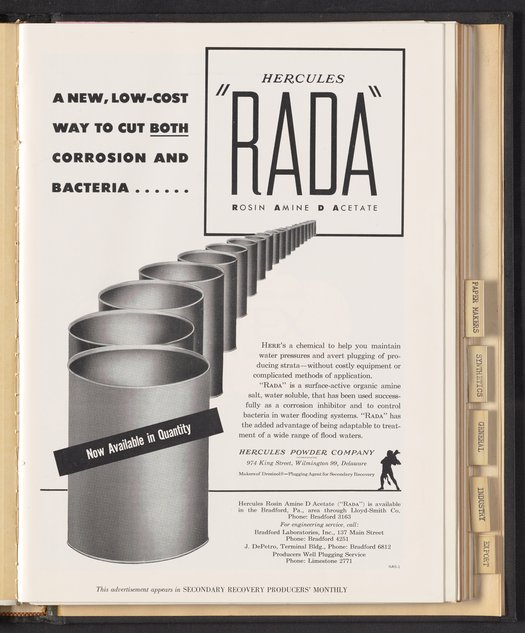 Advertisement for "RADA," or rosin-amine-D-acetate, a water soluble chemical manufactured by the Hercules Powder Company for use as a corrosion inhibitor and to control bacteria in water flooding systems, among other applications.

A new, low-cost way to cut both corrosion and bacteria...Hercules "RADA"