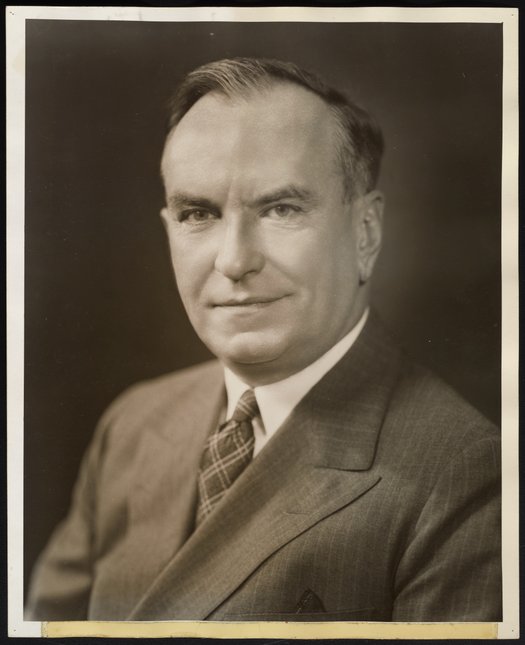 Portrait of James A. Rafferty (1886-1951). Rafferty was born in Chicago, Illinois on May 4th, 1886 and studied engineering and chemistry at the Lewis Institute of Technology. Following his graduation from Lewis in 1908, Rafferty worked for the People's Gas, Light, and Coke Company and the Linde Air Products Company, which later became a unit of the Union Carbide and Carbon Corporation. Rafferty subsequently became a general manager at Union Carbide and Carbon Corporation in 1920 and went on to serve as Vice President (1924-1929), President (1929-1944) and Chairman of the Board (beginning 1944). While serving as Chairman, Rafferty directed the company's collaboration with the United States government on synthetic rubber and atomic energy during World War II. As a result of these efforts, Rafferty was awarded the Chemical Industry Award for 1948. Rafferty went on to serve as Chairman of the Corporation's new product development committee until his death on December 19th, 1951.