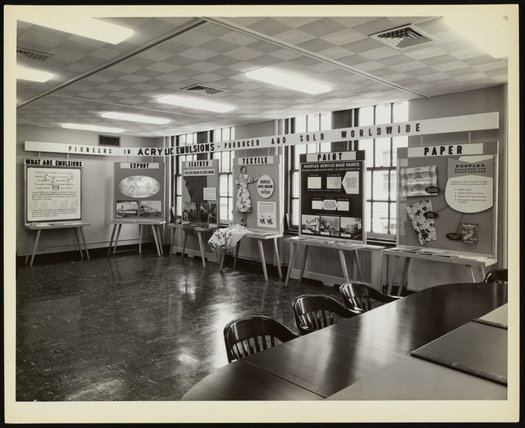 General view of a series of exhibit panels displayed at the 1956 Rohm and Haas Company stockholders' meeting. The panels showcase acrylic emulsions manufactured by the company and their application in a number of industries, including paper, paint, and textiles.