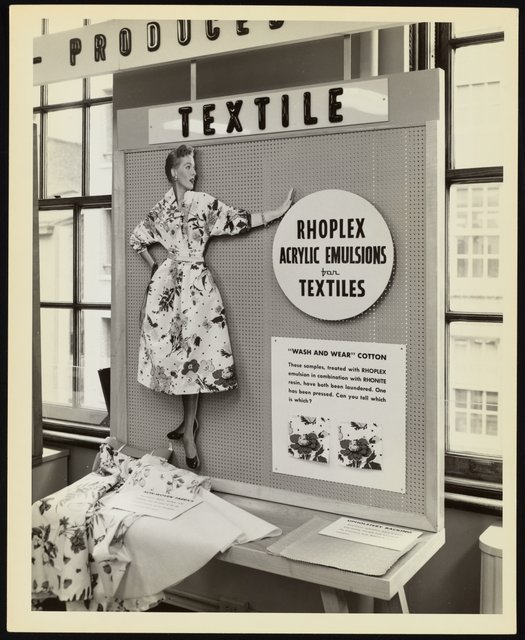 General view of an exhibit panel on Rhoplex acrylic emulsions exhibited at the 1956 Rohm and Haas Company stockholders' meeting. The panel features a cardboard cutout of a woman wearing a dress made of "wash and wear" cotton treated with Rhoplex emulsion and Rhonite resin.